Here's how we're organised since the Science Party amalgamated with other parties to form Fusion.

Under Fusion are its 'branches', which are the founding parties, including the Science Party Australia.

Fusion's branches have rights and responsibilities according to Fusion's constitution. 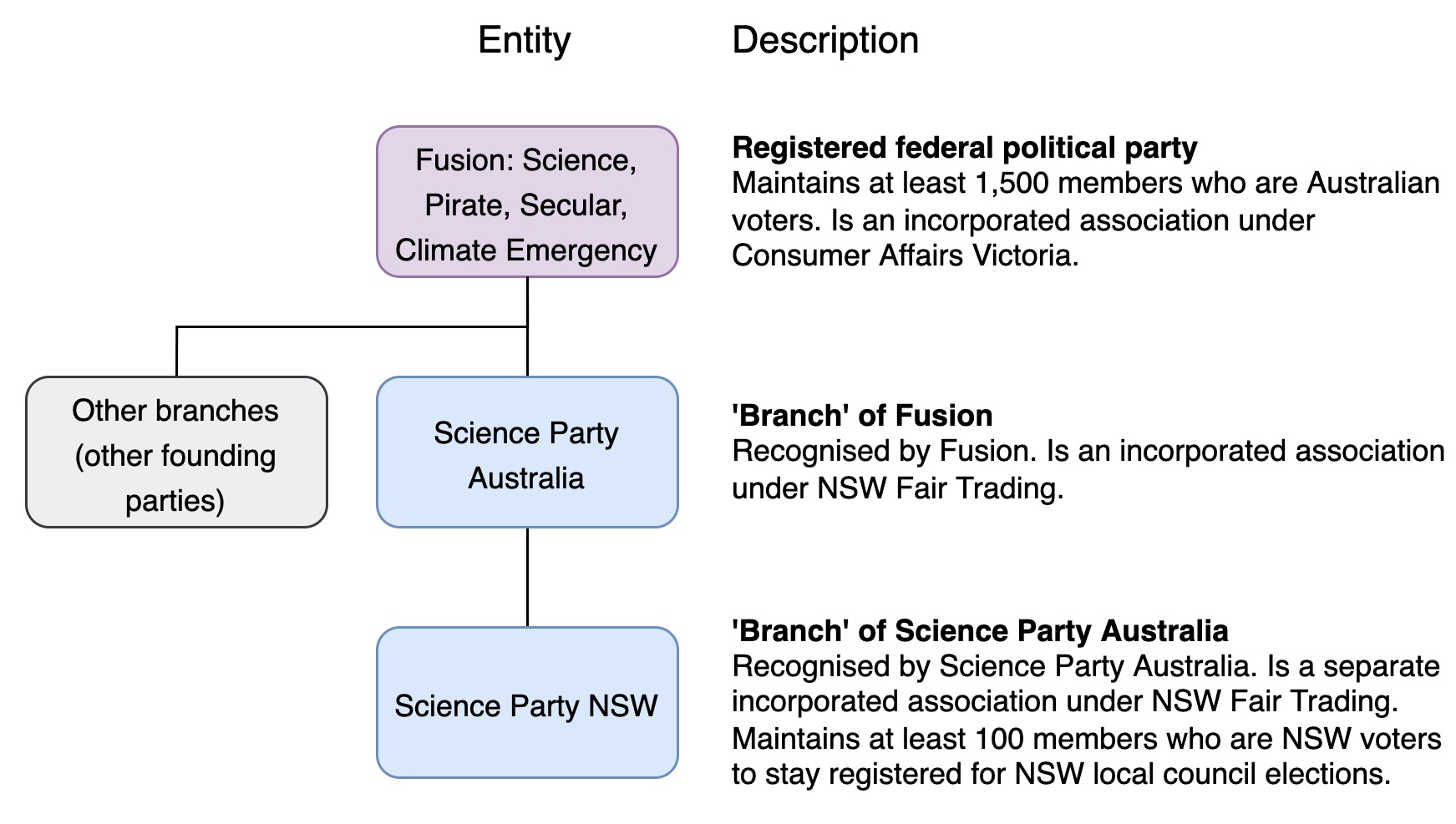