Remember the Review of Special Religious Education and Special Education in Ethics in NSW government schools? No, no one does, because we haven't heard a thing about it since the middle of last year. So I asked the NSW Department of Education for an update. 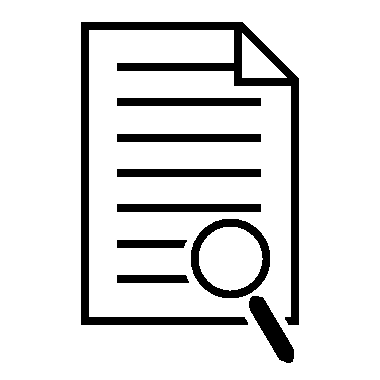 On November 15th I went to a Freedom of Information (FOI) workshop run by OpenAustralia and hosted by CryptoParty Sydney. In the first half of the evening we were given a run-down on what an FOI request is—all Australian government offices must release information in response to a formal request, from anyone, anywhere (with a few exceptions). Then we were taken through the process of making requests, and the group made at least a dozen FOI requests on the night using Right To Know, which is a fantastic tool maintained by OpenAustralia that makes FOIs easy, public and searchable.

I made my request to the NSW Department of Education, asking for an update on the status of their review into religious education. You can read the request and follow its progress here.

The department's review was to address, among other points, the appropriateness of class material and the processes for opting out of Special Religious Education and opting in to Ethics classes. The department welcomed public contributions until July 31st, 2015, and then commissioned a $298k independent review, which was due at the start of 2016. Nearly a later, we're waiting on the release of the findings of the report.

Last year, the opt-out process came under fire when parental information forms were changed to make the option of taking Ethics classes rather than Special Religious Education more obscure, amid claims of deals with religious conservatives in parliament. The paperwork has never been wonderfully clear; my own parents were unaware that I was being taught Bible stories at a Victorian public primary school in the 1990s, having naively assumed that religious education contained education about religions, and the importance of accepting people who practice a different one to your own. Now that the option of Ethics classes are available at many schools, it is unthinkable to me to not make this known to students and their parents.

The lobby group Fairness in Religion in Schools has claimed that some NSW students are being taught that homosexuality can be "cured", transgender people exist due to sin, and victims are at fault in the case of sexual assault. These are extraordinary claims, and it would serve the NSW government well to confirm that such teachings would never be tolerated in NSW schools.

As of December 9th, my FOI request has been forwarded from the department's general information address to their Information Access Unit, and I have paid the required $30 administration fee to allow the request to proceed. There was a delay of a few days while I made the time to submit this request in person, as submitting it through the post requires sending credit card details by mail. There is no online option.

I'll keep you updated on Right to Know and Twitter with the progress of the report and any information it turns up.