This post previously stated New South Wales was the last remaining jurisdiction in Australia to include termination of pregnancy in its criminal code. This error has been corrected – the dubious honour belongs to South Australia, which fully decriminalised abortion in 2021.

New South Wales is the second-last remaining jurisdiction in Australia to include termination of pregnancy in its criminal code. This could change as soon as next week, giving more Australians more control over their reproductive health, and bringing legislation more closely in line with community standards and actual practice. 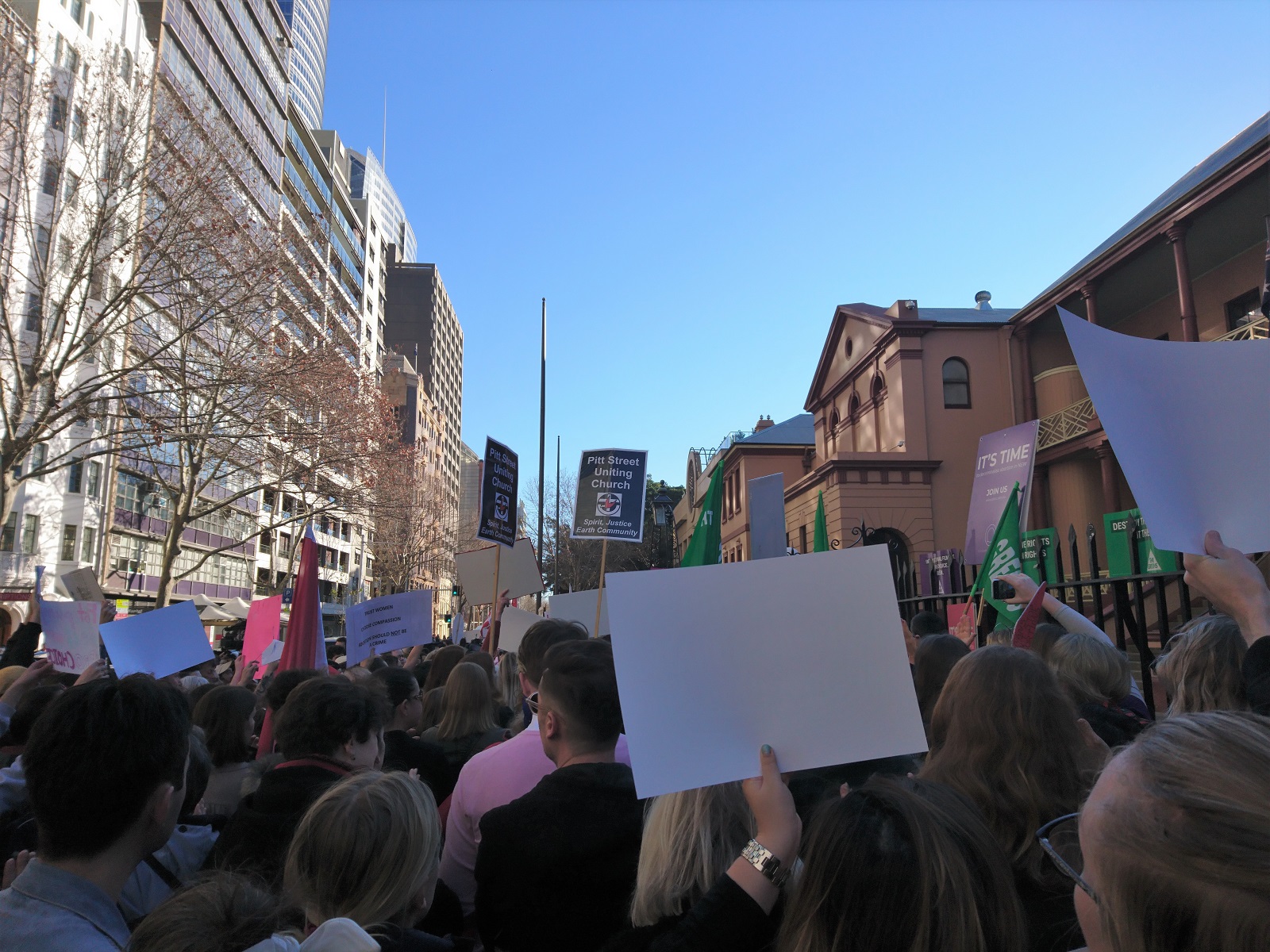 View from my extremely poor vantage point outside NSW Parliament House, at a rally to support decriminalising abortion on 6th August 2019.

Congratulations and welcome to our new leadership team!

Congratulations and welcome to the new NSW Branch leadership team!

Submission to the National Energy Guarantee

Download this submission:
Submission to the Energy Security Board regarding the National Energy Guarantee (PDF, 83 KB, 8 March 2018).

A woman's place is in the House. And the Senate.

The Science Party NSW recognises the lack of diversity in public life, and encourages members of all backgrounds to become active in the party. Find our Equal Opportunity Statement here.

I was in two minds about attending the Women in the House conference last Friday. It looked great (and turned out to be so) but the tickets were $200 each.

Many amazing community organisers and representatives can't merely take a day off and shell out to network with women in politics. A ticket price that skewed the demographic seemed counter to the aim of increasing diversity in politics.

In the end I decided to go, and to take and share as many notes as I could (I tweeted throughout the day; thread here). I editorialise below.

Abuse is not normal

Senator Sarah Hanson-Young is set to sue fellow senator David Leyonhjelm for comments which she says were defamatory.

Safe access zones for healthcare in NSW, despite the best efforts of those who should be the strongest advocates

Australia Day as it currently stands is untenable. But to simply move the date runs the risk of sweeping history under the carpet.

Public education should be secular and should favour no religion over another. This principle protects religious students most of all.

My desire to see a fair and appropriate system for religious education in schools was why I watched the recent inquiry into scripture and ethics classes with interest (Science Party policy is to add Ethics to the curriculum and move any SRE classes outside of regular class time).

Two-and-a-half years and $300 million taxpayer dollars later, the inquiry is nearly over. Sorry for not following up on my previous blog posts for so long. At least I didn't stall for as long as the department did. Hah.

It's been one year since the Science Party endorsed a formal NSW state branch!

The Science Party NSW provides a political voice at the local and state levels for residents of New South Wales. We represent everyone who thinks governments should be transparent and accountable, and that the aim of government should be to use data-driven policy to achieve strong communities and a strong economy. We're optimistic about the future and see technology as a tool that can be used to improve our quality of life.